The 3 Key Differences between Paleo and Keto Diet

The popular Paleo diet has really taken the world by storm, and there seems to be a new debate – Keto VS Paleo

It has its fans and its critics, but one thing is for sure – it’s controversial.

By comparison, Keto seems to have slipped under the radar but is working its way into main stream media (at the time of writing this, most people had never heard of Keto! Now it’s everywhere).

As an early adopter, I think it’s important to differentiate the two and weigh in on the Keto vs Paleo debate.

After trying both ways of eating, starting with Paleo, but the entire time something just didn’t feel right.

Every day I was sluggish, lethargic and struggling to get through my usual workouts.

I agree with the Paleo principle of eating as close to natural food sources as you can – bone broths, grass fed meat sources, pesticide free vegetables where possible.

This is all great stuff, there’s no denying it.

The key differences between the two are; The biggest difference is the carb count.

While on paleo I was eating so much sweet potato, fruit, nuts and nut meal/flours, quinoa and carrots, plus sweeteners like honey and rice malt syrup. Looking back, I was probably hitting 150 – 200 grams of carbs a day.

At this time I created a banana bread recipe that my husband still eats to this day, but once I switched to keto I realised this thing may as well have been a snickers bar with the amount of carbs in it. The entire principal behind the keto way of eating is to become fat adapted – your body now uses fat/ketones as its preferred fuel source.

Paleo can be high fat, but is not high fat by default.

Paleo does not fit into a strict set of macros like keto, and so is very open for interpretation – and consequently mistakes. They believe that our ancestors did not eat dairy, so neither should we as our bodies are not designed to digest it.

From my own research, 1/3 of humans produce the enzyme Lactase which lets us safely and comfortably digest dairy products.

I can safely say I am one of the lucky third that can and often does happily live off cheese. Here’s a couple of articles for those interested;

After trying Paleo for about 12 months, I was still constantly bingeing on carbs and sugars and feeling sluggish and bloated.

As a result I knew something wasn’t quite right.

I was likely still hooked on the insulin spikes of a high carb/sugar diet and so I thought I wasn’t cut out for it.

Not the case, get on Keto and never look back!

The jury is in for me, and Keto wins.

After many years of various Diets, I too switched to the KETO way last year. Over a 3 month period in addition to losing 20kl, I also reversed my Diabetes 2, therefore after my 3 monthly blood test I no longer required medication for Diabetes, Blood Pressure or Cholestoral. I love the Keto Diet. However after having a binge on Alcohol I have damaged my liver which can I believe be reversed. So back to KETO and after a brief look at your recipe’s I shall be a regular visitor to this site. Just wanted to mention that I have been unable get the link the list of Green Foods.

Thanks for sharing your story! So glad to hear Keto is working for you. It looks like there was an issue with the website sending out documents so you should now be able to get it. If you have any trouble though please send me an email.

Here you will find my unique Keto recipes, resources on getting started and sticking with Keto and a range of other resources to support your Keto lifestyle
Read More... 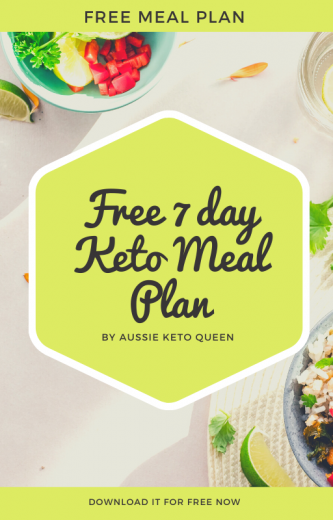 I can’t tell you how many times I have made this delicious Keto Paprika Chicken recipe. What started off as some simple chicken thighs baked After my Mum started on keto recently, she made a very accurate observation – many keto foods are lacking CRUNCH! I love texture in my Get the latest recipes, Keto Articles and tips to help YOU stick to Keto For Life!

PLUS Get a FREE 7 Day Keto Meal Plan delivered straight to your inbox – all recipes, shopping lists and so much more included

wpDiscuz
Almost there! Fill in your details to get instant access...
50%

Take the hassle out of meal prep, and be inspired with your free 7 day keto meal plan.